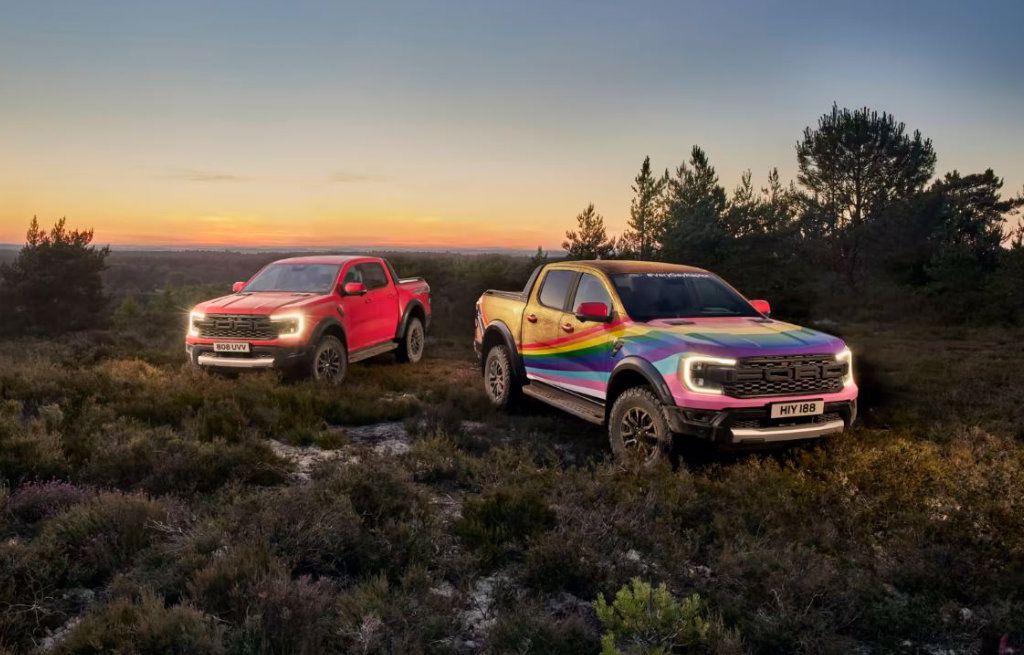 GOODWOOD, UK, June 21, 2022 – Ford will continue demonstrating its allyship with the LGBTQ+ community at the Goodwood Festival of Speed this week, bringing “Very Gay Raptor” and the Next-Gen Ranger Raptor along for the ride.

The appearance of “Very Gay Raptor” at the event near Chichester, UK, will be used to further initiate important discussions and aimed at driving out discrimination in the automotive industry, and beyond. As part of this, Ford will be presenting live sessions of its new “Tough Talks” series at Goodwood from the truck bed of “Very Gay Raptor”, hosted by Welsh rugby legend Gareth Thomas, the first openly-gay rugby union player.

The sessions will explore how the automotive industry can foster a culture of inclusion and allyship for the LGBTQ+ community, covering a range of topics and featuring guests such as racing driver Abbie Eaton, comedian Catherine Bohart, and Lord March – the son of the Duke of Richmond, who founded the Goodwood Festival of Speed and Goodwood Revival.

Created in 2021, “Very Gay Raptor” was born in response to a negative comment on social media, with Ford rendering its most badass nameplate in sparkling gold adorned with rainbow graphics. The positive response online was so overwhelming the manufacturer decided to make it real, and has been using it as a tool to help drive out discrimination ever since.

In a video teasing the appearance of “Very Gay Raptor” and Next-Gen Ranger Raptor at the event, both vehicles speed through off-road trails covered in mud – at times taking different paths, facing off, yet displaying their equally impressive and tough abilities, regardless of their differing identities. 1

The Next-Gen Ranger Raptor, appearing for the first time as “Very Gay Raptor”, will make its European dynamic debut at Goodwood, tackling the challenging off-road track between runs up the famous hill, powered by a twin-turbo 3.0-litre EcoBoost V6 engine delivering 288 PS and 491 Nm of torque. 2

1 Professional driver on a closed course. Always consult the Raptor supplement to the Owner’s Manual before off-road driving, know your terrain and trail difficulty, and use appropriate safety gear.